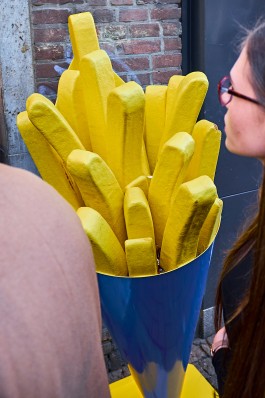 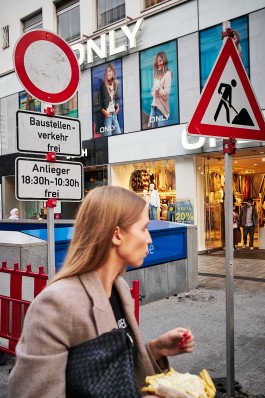 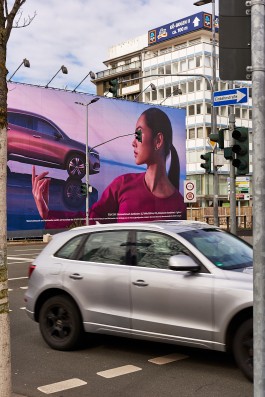 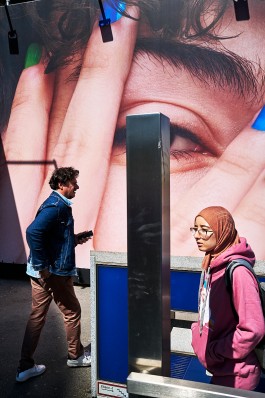 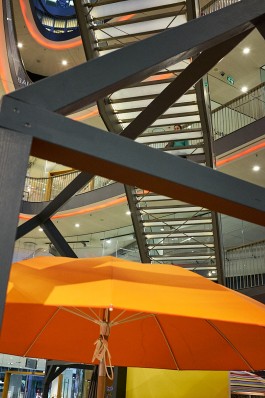 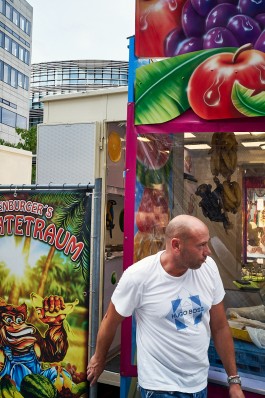 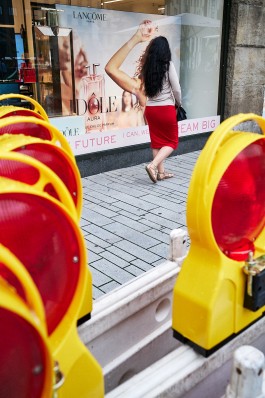 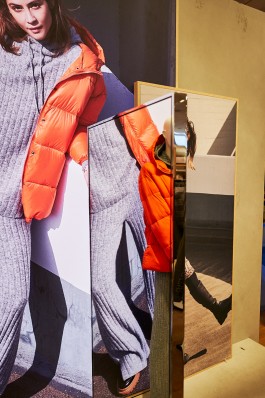 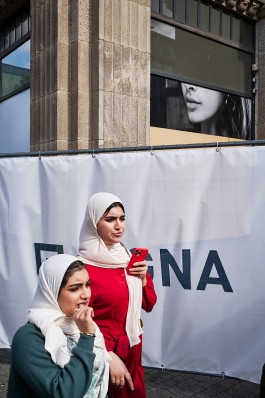 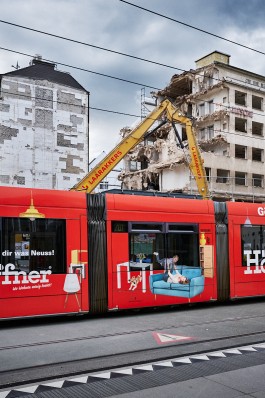 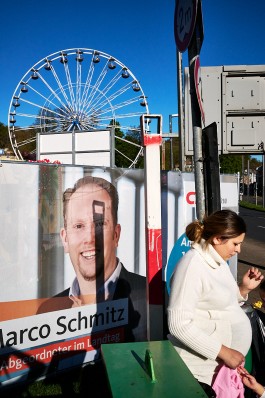 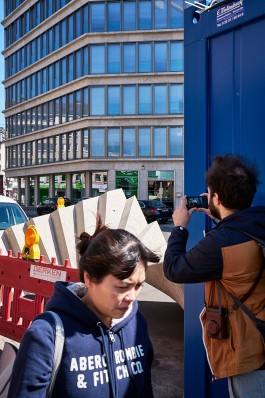 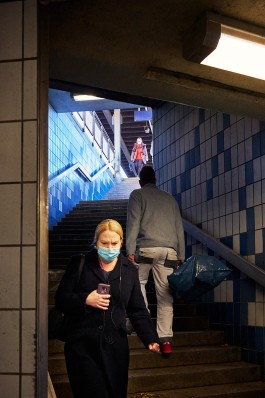 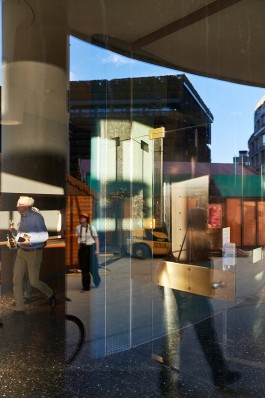 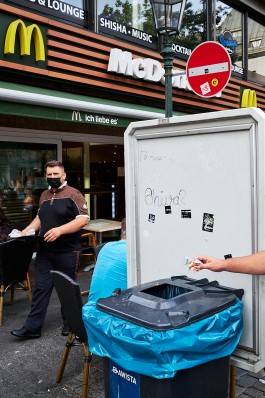 Jigsaw Falling into Place is a visual exploration of my conflicting relationship with the surreal, incoherent, and chaotic structure of the urban environment and how it affects human beings.

I moved to Düsseldorf twenty years ago. At that time, some parts of the city looked like an ugly duckling, but still had their own outspoken character and history, represented by post World War II buildings and relics of its industrial past. Since more than ten years the city is undergoing a process of transformation that is profoundly changing its appearance and its social fabric.

This series is an outtake from a larger ongoing project, focusing on different aspects of super-modern society. In these pictures, I’m looking at the transformation of the city into an open-air mall, in which advertising and architecture help to blur the boundaries between fantasy and reality, while the role of people shifts from citizens to consumers.

I take these photos out of an urgency to communicate both my aversion against some of the changes happening in society as well as my dependence on the city’s visual jaggedness, which brings me to gravitate more and more towards the places that will saturate my sight.

Click on the pictures to enlarge and scroll for a slideshow

Necessary Always Enabled
Necessary cookies are absolutely essential for the website to function properly. This category only includes cookies that ensures basic functionalities and security features of the website. These cookies do not store any personal information.
Non-necessary
Any cookies that may not be particularly necessary for the website to function and is used specifically to collect user personal data via analytics, ads, other embedded contents are termed as non-necessary cookies. It is mandatory to procure user consent prior to running these cookies on your website.
SAVE & ACCEPT